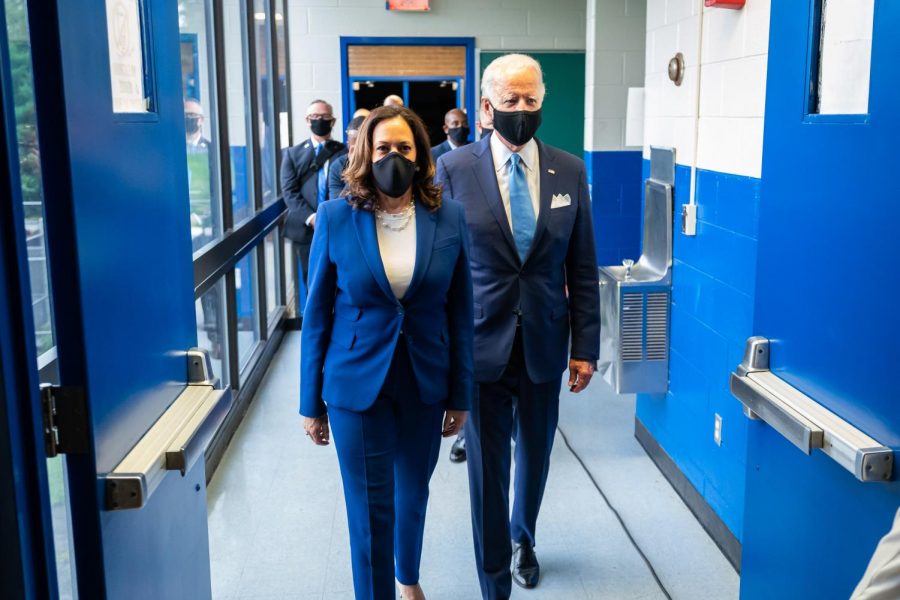 "Announcement of Senator Kamala Harris as Candidate for Vice President of the United States - Wilmington, DE - August 12, 2020" by Biden For President is licensed with CC BY-NC-SA 2.0. To vie

President Biden had most of his cabinet and team selected before he was in office. Many of these appointed cabinet members were part of the Obama Administration during Mr. Biden’s vice presidency. He swore in the new recruits for his team over a very large Zoom call. The White House stated that “nearly doubled the number of staff ready to start … than either Trump did in 2017 or Obama in 2009.”

This comes as a stark contrast to the last inauguration and administration, as there was a delay in appointing cabinet members, with many seats never appointed. President Biden’s significant experience in government, which goes back to the 1970’s, is likely a factor in the efficiency in onboarding the new administration. President Biden has been in the Senate for 36 years and was the Vice President for 8 years, whereas former President Trump had a lack of experience in government.

Below are some of the notable cabinet members appointed by Biden:

Janet Yellen is the Secretary of the Treasury, and the first female to hold that position. She’s a Yale graduate from 1971, who was the only woman of two dozen students to receive her Ph.D in economics. She went on to be a professor at the Haas School of Business of the University of California, Berkeley. Yellen served as the Vice Chair of the Federal Reserve and the (first female) Chair of the Federal Reserve.

Lloyd Austin is the Secretary of Defense and the first African-American person to hold that position. He’s a retired U.S. Army general, who fought in Afghanistan and Iraq. Austin was also the Army Vice Chief of Staff and commander of the U.S. Central Command (CENTCOM).

Some of these appointees are the first in history. As a whole, they seem to be a far more experienced group than the last administration, which gives us all hope in these uncertain times. In addition, President Biden also put together a task force in his first week in office to address the COVID-19 pandemic. He has been very efficient through the change of power and for the sake of all Americans, let’s hope he can lead us to better days ahead.