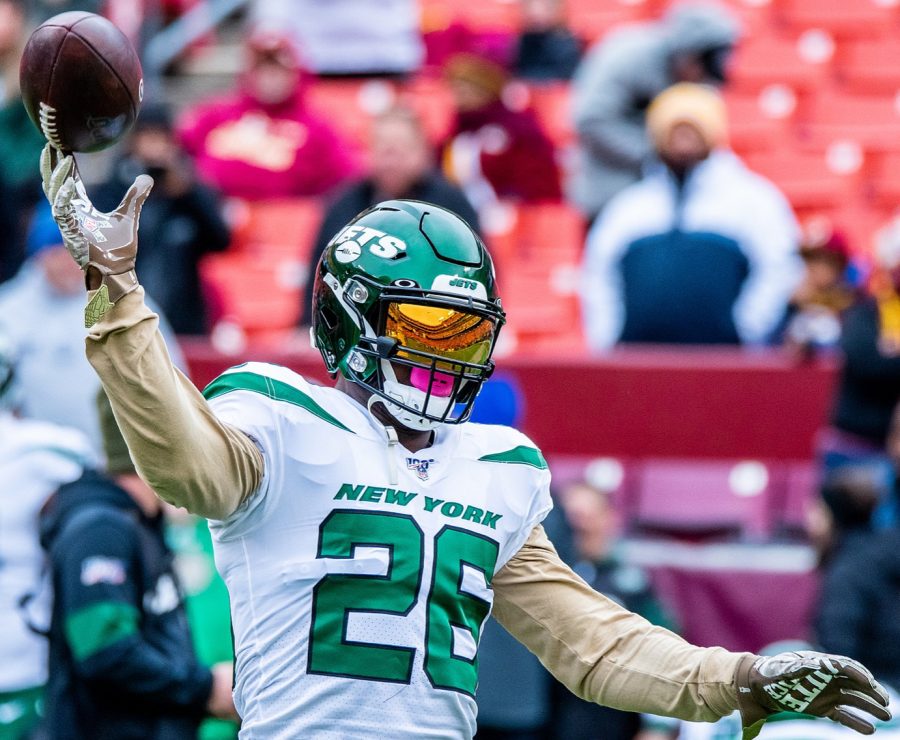 Le’Veon Bell preparing for a game with New York Jets.

The 3 time Pro-Bowler and two time All-Pro selection on the Pittsburgh Steelers had to choose between three teams to sign with, The Miami Dolphins, the Buffalo Bills, and the Kansas City Chiefs. Whoever he signs with, he will be playing the rest of the 2020 NFL season with.

Bell made his decision on Thursday, and decided to sign with the Super Bowl 54 champions Kansas City Chiefs, and join their explosive offense with former MVP Patrick Mahomes and head coach Andy Reid.

“Kansas City, #ChiefsKingdom, thank you for the opportunity,” Bell stated on twitter after he heard the news, “Let’s go!” Bell’s contract with the Chiefs is slightly smaller than his deal with the Jets that he signed in March of 2019 which was a 4 year, $52.5 million contract.

Bell has won many awards and has put up some great numbers in his career. Bell has 1493 rushes for 6199 yards total in his career and he is one of four players to rush for 150+ yards in back to back playoff games.

Bell has to go through 5 days of Covid testing before he can return to the field with his new team however. Bell is expected to play in week 7 in their matchup against the Denver Broncos and make his debut with the Chiefs.